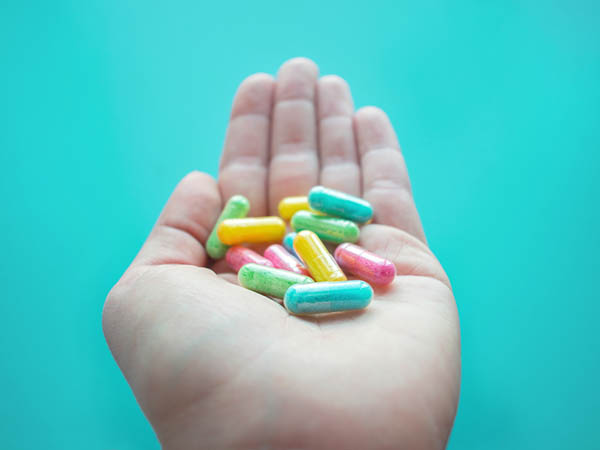 Tiredness, fatigue and braing fog are disastrous for productivity. We’ve all been there. You’ve had 5 hours of sleep, your morning has been mentally taxing, and you have hours of meetings ahead of you in the afternoon. By about 3pm, your mental performance is likely to be abysmal: your short-term memory will be impaired, your mental processing speeds slow, and your verbal fluency rapidly declining. Fortunately, natural nootropics can help.

Using powerful nootropic supplements can help you smash through mental fatigue and poor cognitive function without causing side effects and without putting you at risk of addiction or dependency (a risk you run when using stimulants and synthetic smart drugs).

Contents hide
1 Can Nootropics Give You Energy?
2 Which Nootropics are Stimulants?
3 What is the Strongest Nootropic For Boosting Energy?
4 5 Best Brain Supplements & Smart Drugs For Energy, Motivation and Brain Fog
4.1 1. Caffeine
4.2 2. Citicoline
4.3 3. Theanine
4.4 4. Tyrosine
4.5 5. Vitamin B6
5 Which nootropic gives you the most energy?
6 When to Use Nootropics For Energy
6.1 Will nootropics keep you awake?
7 Most Effective Stack For Energy & Focus
8 Looking for a nootropic that really works?

Can Nootropics Give You Energy?

Simply put, yes, nootropics can give you energy. Nootropics can greatly increase one’s daily energy levels without having negative effects on health. Nootropics such as caffeine and citicoline can increase motivation, processing speeds and mental energy without causing side effects.

Most of you will be more than familiar with nootropics by now. Nootropics may have been a niche concern a decade ago, but today they are decidedly mainstream. Natural cognitive enhancers are among the most popular supplements on the market, rivalling things like pre-workouts and caffeine pills.The best nootropics are used by people around the world every single day to boost focus, mental clarity, and short-term memory. 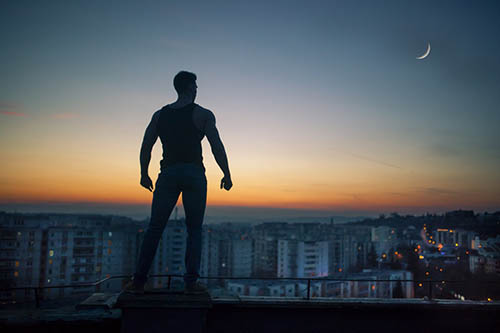 But what about energy levels?

Are there natural nootropics capable of boosting mental energy and alertness without causing side effects?

There are a number of highly effective, safe, natural nootropics which have been proven in clinical studies to increase mental processing speed, sharpen focus, and rapidly increase mental energy. Best of all, the best nootropics for energy deliver total cognitive enhancement without causing adverse side effects.

So while most people don’t use nootropics for boosting energy, there are natural nootropics which can significantly decrease mental fatigue while enhancing focus, clarity and reaction times. The trick is knowing which nootropic supplements actually work for energy and fatigue!

Which Nootropics are Stimulants?

If we’re talking about brain supplements for energy, we need to talk about stimulants.

The most obvious example of a nootropic stimulant is caffeine. Few people think of caffeine when they think of nootropics, but caffeine is a phenomenal cognitive enhancer as well as a potent sitmulant.

There are few other sitmulants which can properly be called nootropics. There is still much debate about whether or not pharmaceutical smart drugs with stimulant-like effects can class as nootropics.

The cognitive benefits of synthetic nootropics are undeniable. Some of the most popular “study drugs” in the world today are stimulants prized for their ability to fight fatigue, rapidly increase mental energy and sharpen focus. 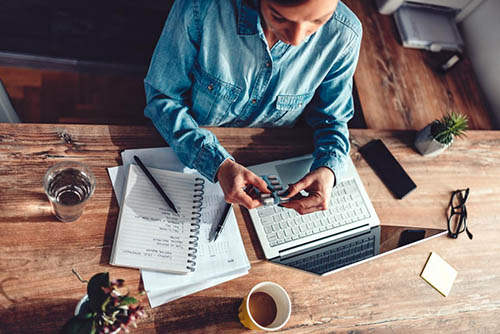 The most obvious example of a stimulant nootropic “smart drug” is Adderall. This prescription drug is probably the most abused study drug in the world today. As a collection of amphetamine salts, Adderall is a powerful stimulant. It increases central nervous system activity by increasing norepinephrine and dopamine action.

Another example if Modafinil. This smart drug was initially developed to fight narcolepsy and assist fighter pilots on extended sorties. Modafinil is not a stimulant nootropic; rather, it seems to work by boosting dopamine and manipulating the hypothalamus (the part of the brain which controls sleep). Yet it does feel like a stimulant to the user.

While “smart drugs” like Adderall and Modafinil may boost mental focus, reduce fatigue and enhance all-round brain function, they come with serious risks.

The adverse effects of using these types of nootropics can be severe, and include:

If you plan on using powerful stimulant nootropics to boost energy, please get medical advice from a qualified health professional. If you experience any side effects from energy boosting nootropics, stop using them immediately and seek medical attention. We are not doctors and this is not medical advice.

What is the Strongest Nootropic For Boosting Energy?

If you’re looking for the strongest natural nootropic for increasing energy in a short amount of time, then caffeine is probably your best bet.

No other natural nootropic delivers the same powerful lift in mental and physical energy as caffeine. The fact that the increased energy is coupled with enhanced mental function is a huge bonus, and is why caffeine is such a popular nootropic.

However, using the “strongest” energy nootropic is not always the best approach depending on your specific needs and circumstances.

For most of you, a comprehensive nootropic stack which supports healthy energy levels along multiple different pathways is going to be optimal. The best nootropics for energy will combine natural stimulants with other nootropic ingredients which enhance energy at the level of your brain cells.

So what are the best brain supplements for boosting energy and cognitive function more broadly?

Below is our list of the most effective nootropic supplements for enhancing mental performance, fighting fatigue and raising energy levels.

When it comes to boosting mental energy, you can’t get much better than caffeine. Caffeine primaerily works by blocking adenosine receptors. This tricks the brain into thinking it isn’t tired any more. Caffeine also increase the release of dopamine and norepinephrine, exciting the CNS, raising both motivation and mental awareness, and giving you faster reaction times. 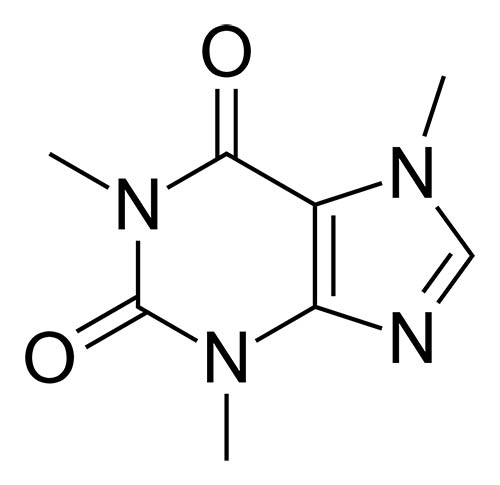 Caffeine would be the perfect nootropic for boosting energy if it wasn’t for the adverse effects. Caffeine use is associated with a range of fairly serious side effects, including: jitters, dizziness, elevated heart rate, hypertension, anxiety, paranoia, and irritability. It is important to take caffeine in moderation and in conjunction with plenty of Theanine.

One of the most important properties of L-Theanine is its ability to mitigate the adverse effects of caffeine. Combining theanine with caffeine accentuates the benefits of the stimulant while lowering its side effects.

More than one clinical trial has shown that supplementing with L-Tyrosine improves cognitive performance in stressful, mentally taxing situations (e.g. sleep deprivation, extreme cold, multi-tasking, etc). The cognitive enhancing effects of Tyrosine are likely the result of reduced anxiety levels and greater movitation associated with higher dopamine levels. This is also the reason why Tyrosine is an effective nootropic for fighting depression.

While Vitamin B6 may not be the most exciting nootropic in the world, it is an absolute must-have for any comprehensive nootropic stack which targets chronic fatigue and afternoon brain fog.

B6 plays an integral role in energy metabolism. Simply put, you need B6 to turn food into energy. Supplementing with B6 is known to give you a short-term energy boost without causing side effects or energy crashes further down the line.

Which nootropic gives you the most energy?

Caffeine is probably the nootropic that gives you the most energy. This nootropic is found in various beverages such as coffee, tea, and energy drinks. It is a powerful nootropic capable of rapidly increasing energy, focus, and alertness.

As always, we believe the most effective way to support enegry and mental performance is to use nootropic stacks which combine multiple ingredients that work on different pathways.

Using multiple brain boosters at the same time in a comprehensive nootropic stack ensures that every base is covered and that your brain is truly firing on all cylinders.

For example, the cognitive effects of Citicoline are very different to those of caffeine.The nootropic benefits of Citicoline are increased concentration, learning and working memory, while caffeine primarily reduces mental fatigue and speeds up processing.

You may feel that caffeine is just what you need at 3pm on a Wednesday afternoon, but your problem may actually be low acetylcholine ruining your focus. By combining Citicoline and Caffeine, you cover all angles and make sure your brain is operating at 100% capacity.

The same goes for B vitamins, amino acids, and other energy nootropics. Stacking multiple nootropic ingredients will always give you better results than taking one substance alone. This is why the best nootropic stacks are almost always going to be more effective in the long-run than cheap energy supplements, and even better than caffeine pills in most cases.

When to Use Nootropics For Energy

When should you use energy nootropics?

This is a good question. The time of day you use energy-boosting nootropics will have an enormous effect on the results you get.

For most people, it is tempting to use energy nootropics in the late afternoon or evening, when mental and physical fatigue is at its highest.

However, this is not always a good idea. If your chosen nootropic contains caffeine, then taking it later in the day can disrupt your ability to get to sleep on time. The top nootropics for energy can also take a couple of hours to really start working, as it can take natural nootropics 45-90 minutes to really ‘kick in’.

As such, we strongly advise using an energy-boosting nootropic stack which can be taken first thing in the morning.

A high-quality nootropic should compliment your morning cup of coffee and set you up for optimal energy levels throughout the day, right into the afternoon. Ideally, your nootropic should wear off by evening, allowing you to get a good night’s sleep and start the process again first thing the next morning.

Will nootropics keep you awake?

One of the concerns many people have about using energy-boosting nootropics is the fear that they will keep you up all night. However, this is a largely unwarranted concern. Obviously some nootropic stacks will keep you awake all night; nootropics that contain large doses of caffeine, theobromine, theacrine and other natural stimulants can prevent you from sleeping. On the other hand, a high-quality nootropic that boosts energy in a clean, sustainable way shouldn’t interfere with sleep.

Most Effective Stack For Energy & Focus

So what is the best nootropic stack for energy, focus and motivation on the market right now?

One thing that is important to consider is safety and long-term brain health. You do not want to waste your money on cheap brain pills with proprietary formulas which cause frequent side effects. Similarly, relying on prescription drugs to boost your mental performance and energy levels can ruin your cognitive function over the long-term.

You also need to opt for a nootropic stack which combines multiple ingredients to increase energy levels, sharpen focus and accelerate mental processing speeds in different ways. By attacking fatigue on multiple different pathways you can guarantee results; this is not something you can do when using one single energy boosting nootropic.

Most of the best nootropic stacks on the market today contain multiple nootropics which increase energy levels and combat mental fatigue. However, it is always a good idea to research the ingredients carefully and to find the exact right nootropic stack for you and your particular needs.

Looking for a nootropic that really works? 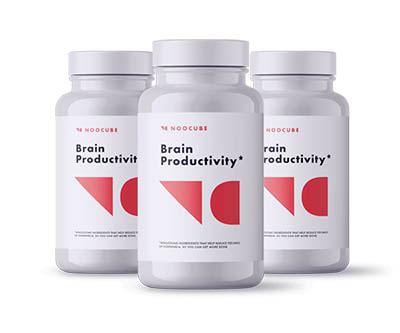 NooCube is our current top rated nootropic. We tried NooCube ourselves and found that it works almost exactly as advertised. Taken together, the ingredients rapidly increase focus, speed up mental processig, and enhance working memory. This is the ideal brain supplement for people who need to mentally perform at 100% capacity for prolonged periods of time. 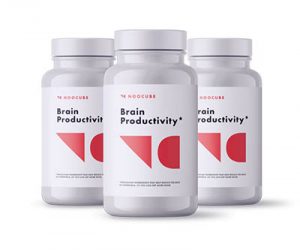