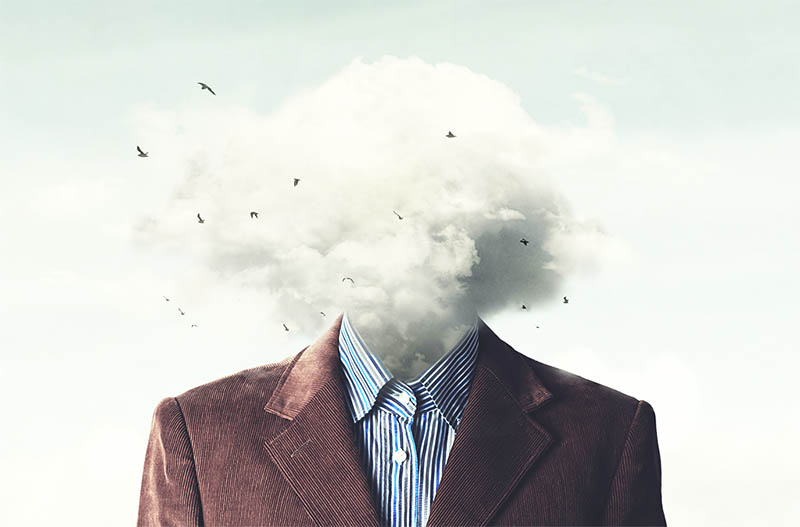 There are days when you do not have a well-rested night and you wake up feeling sluggish, your morning coffee does not do the fix and you cannot wait to get to bed in the evening. You might feel on your game by the time you get to work, but by 3pm your concentration is spent and you can no longer focus on anything worth doing for more than 10 minutes.

This is what brain fog feels like, and many of us experience it on a daily basis – sometimes twice per day!

In fact, some of the best nootropic supplements on the market today use amino acids as key, brain fog-foghting ingredients.

In this article, we shall discuss more about amino acids so you get to know which one is best to use whenever you experience brain fog. If you have experience using amino acids for brain fog, please share it in the comments at the end.

Before we can talk about using amino acids to fix brain fog, we need to understand what brain fog is and where it comes from.

Some of the clearest signs of brain fog include poor concentration, confusion, lack of focus, mental fatigue, loss of motivation, and “fuzzy” thoughts.

Brain fog can be brought about by a variety of factors like:

In the vast majority of cases of chronic brain fog, a number of different causes will be in play at once. A stressful job, a string of medical conditions, a poor diet and regular alcohol consumption can all seem like minor issues in isolation, but together they can cause severe brain fog, stifle creativity and kill your focus.

Why use Amino Acids for Brain Fog?

Other than tissue regeneration, production of energy and immunity enhancement, amino acids have proven to be a necessity for the brain. They are crucial in that they help with the generation of new neural pathways, synthesis of numerous neurotransmitters and neuromodulators, sustenance of neuroplasticity and stabilising the brain’s chemistry.

In addition to that, recent findings show that ingestion of certain amino acids results in improved attention and cognitive flexibility as well as psychosocial functioning.

You may ask yourself…what amino acids are the most effective when it comes to fighting brain fog?

What are Some of the Best Amino Acids for Brain Fog?

There are various types of amino acids out there which have been found to affect focus and mental clarity. However, the best ones to use if you are experiencing brain fog include:

Let us have a deeper look at each one of them.

This is a nonessential amino acid that the body makes from phenylalanine. Tyrosine is an important component for the generation of a variety of neurotransmitters in the brain. These include; epinephrine, norepinephrine and dopamine.

So what are these neurotransmitters and how can we ensure that they are always at optimum levels?

Read on to find out.

It works by increasing the level of activity within the hypothalamus, the amygdala and the hippocampus. These sectors of the brain oversee emotional responses, behaviour and long-term memory. Consequently, the result of the increased activity is improved memory.

Foods that can raise the epinephrine levels include citrus fruits, bananas, coffee, tea, cocoa and chocolate.

Epinephrine can also be acquired naturally through yoga, meditation and deep breathing exercises.

Norepinephrine is an organic chemical which is naturally produced in the human body. It works as a stress hormone as well as a neurotransmitter.

When in optimum amounts, it increases alertness, attention, and arousal in the brain. Norepinephrine also enhances memory through its ability to regulate synaptic mechanisms.

Additionally, it plays a role in the sleeping and waking cycle, increasing attention and focusing on performing a task.

For optimum production of norepinephrine, a balanced meal that contains lean protein, whole grains, and vegetables three times a day is necessary.

Besides playing a vital role in the brain’s pleasure and reward systems, dopamine affects memory and focus.

Being low on dopamine often causes feelings of sluggishness and depression.

That said, it is worth it that you know that dopamine levels can be increased by consuming dairy foods, unprocessed meats, dark chocolate, exercising often, getting enough sleep, and listening to music.

This is a type of amino acid that helps in the making of brain signalling chemicals.

Tryptophan is converted into the neurotransmitter serotonin in the brain, which in turn activates areas of the brain responsible for addiction, depression and eating behaviour. Serotonin helps regulate moods and sleep, enhances memory as well as promoting calm and wellbeing. Consuming probiotic rich foods such as yoghurt and fermented foods helps raise the levels of tryptophan.

Histidine decarboxylase is another type of amino acid that works by converting histidine to histamine.

Histamine plays a role in the regulation of sleep and alertness and is also involved in important functions such as enhancing memory, motivation, learning and eating patterns.

Recent studies show that release of histamine is responsible for mood in the brain, however, too much of it causes a system shutdown which results in brain fog.

Arginine facilitates better cerebral circulation and may also help in the prevention of brain fog. It also helps to improve memory retention.

Arginine can be found in high protein food such as pumpkin seeds, fish, soy, whole grains, and red meat.

Thiamine is also another type of amino acid that plays a major role in maintaining the functions of the brain. It particularly works in the acetyl cholinergic and serotonergic neurons whose level reduction automatically translates to impaired cellular energy metabolism.

Enough thiamine improves concentration and memory. Therefore, thiamine helps to boost your mood as well as provide energy required by the brain cells to push through the day.

Low levels of thiamine results in fatigue, confusion, loss of short-term memory and irritability which cause brain fog. Foods rich in thiamine include meat and wholegrains.

Theanine is perhaps the single best amino acid that you can take for brain fog. This compound is found naturally in a surprisingly wide variety of plants, but most abundantly in coffee and much moreso in tea. Theanine levels are actually much higher in black tea than in green tea, contrary to popular belief.

Theanine has several different effects on the brain which make it excellent for promoting mental clarity and energy. For one thing, theanine is highly effective at reducing the side effects of stimulants, one of which is often brain fog. Theanine has also been found to promote focus and improve performance in cognitive tests while also reducing anxiety and calming the mind.

Supplements to help with Brain Fog

One good thing about brain fog is that you can also use supplements to help do away with it. Some of them include:

These are all great supplements to take to fight brain fog. However, they are much more effective when used in combination and in conjunction with the amino acids listed above. The easiest and most cost effective way to do this is to use a comprehensive nootropic stack such as NooCube or Vyvamind.

Amino acids are ubiquitous in the human diet, but that does not mean they can’t be extremely useful when used correctly. If you’re struggling with brain fog – especially late afternoon or early morning brain fog – amino acids represent a fantastic solution.

There are several other natural ways to help with brain function; reduced screen time; getting enough rest; eating healthy, and exercising. These assist in curbing brain fog by reducing stress, maintaining emotional balance, and improving memory.

There are also a wide range of other supplements you can use to treat brain fog and lack of mental energy first thing in the morning.

Our current top rated nootropic for energy, Vyvamind, is perfect for giving your brain a kick start in the morning and in late afternoon, but without simply pumping you full of stimulants.

Looking For Something That Really Works? 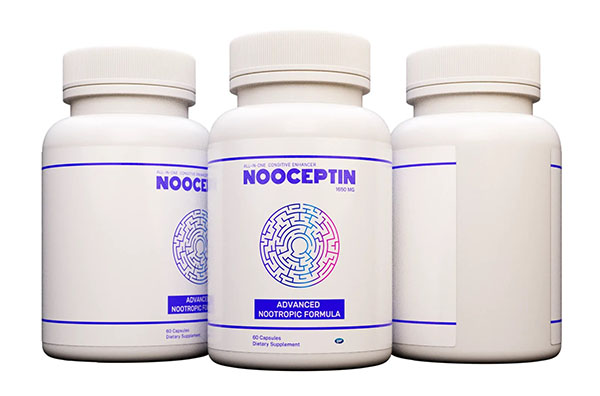 Nooceptin is our current top rated nootropic. We tried Nooceptin ourselves and found that it works exactly as advertised. Taken together, the ingredients rapidly increase focus, accelerate mental processing speeds, and enhance working memory.

Nooceptin is a truly comprehensive nootropic, providing both immediate and long-term benefits. It does not cause side effects and is considerably better value than other nootropic stacks on the market today.

Nooceptin has been found to effectively:

The really special thing about Nooceptin, however, is its long-term effects. When taken daily for prolonged periods, Nooceptin stimulates neuron growth and improves overall brain cell health. This means it enhances cognition in a deep, meaningful way that keeps giving you benefits after you stop using it.

Simply put, Nooceptin is the ideal brain supplement for people who need to mentally perform at 100% capacity for hours on end. At $69.99 per course, we think it's hard to find a more effective and cost-effective nootropic right now.

Brian Johnson is current Editor of Vagarights.com and a long-time writer for VAGA. A former psychologist, Brian is passionate about improving mental health and finding ways to stave off cognitive decline. He is an expert on nootropics, cognitive enhancement and biohacking more broadly. You can see his work on Google scholar. 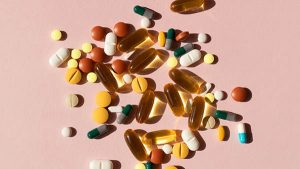